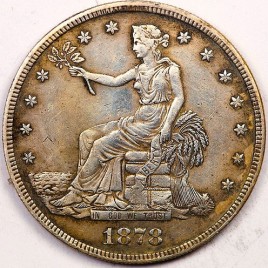 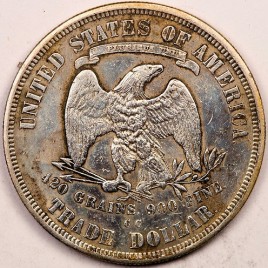 This counterfeit was first identified on the Collector’s Universe forum in 2013. It was good enough to fool some Third Party Grading companies who encapsulated them as genuine. For example see NGC 3316432-007:

Recently another example appeared on eBay. The major diagnostics are as follows: 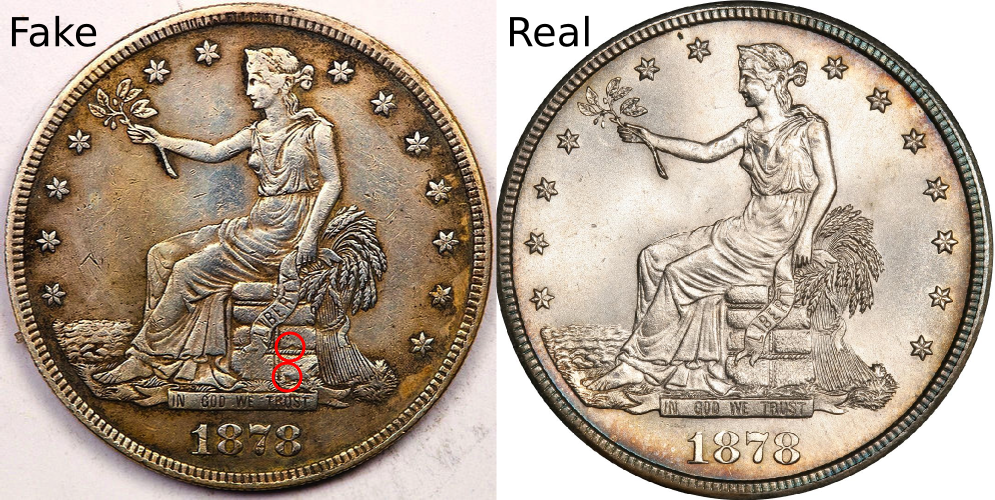 There are two gouges taken out of Liberty’s seat under the banner. 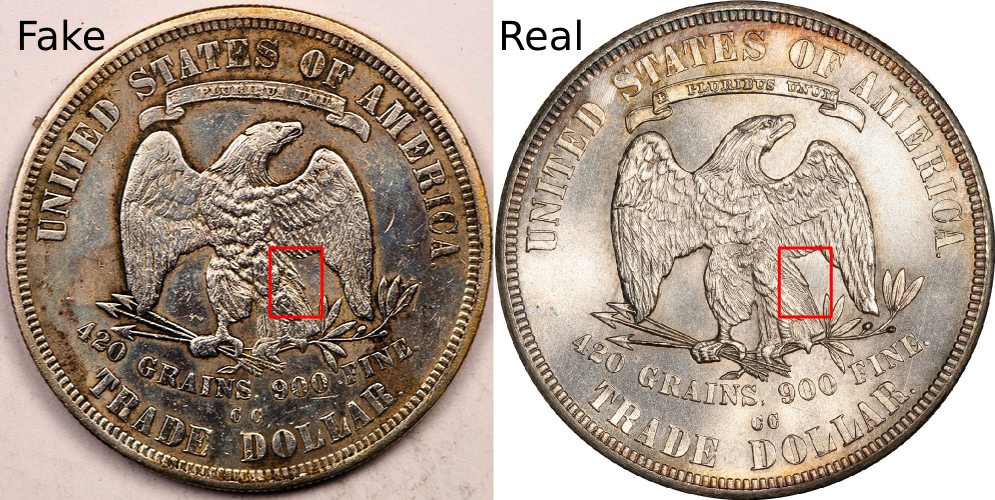 And the feathers on the Eagle’s side are rough when they should be smooth.

A number of examples have surfaced since its initial discovery in 2013, and the number encapsulated as genuine by TPGs is unknown.