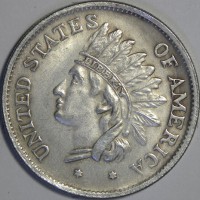 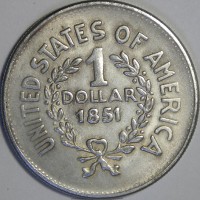 These fantasy pieces are showing up all over the country and are passing as genuine silver dollars among those who are not aware that they simply do not exist. No such design has ever been featured on a United States silver dollar, nor has one been featured on any known pattern, either. The only thing we do know about these is that they were manufactured in mainland China.